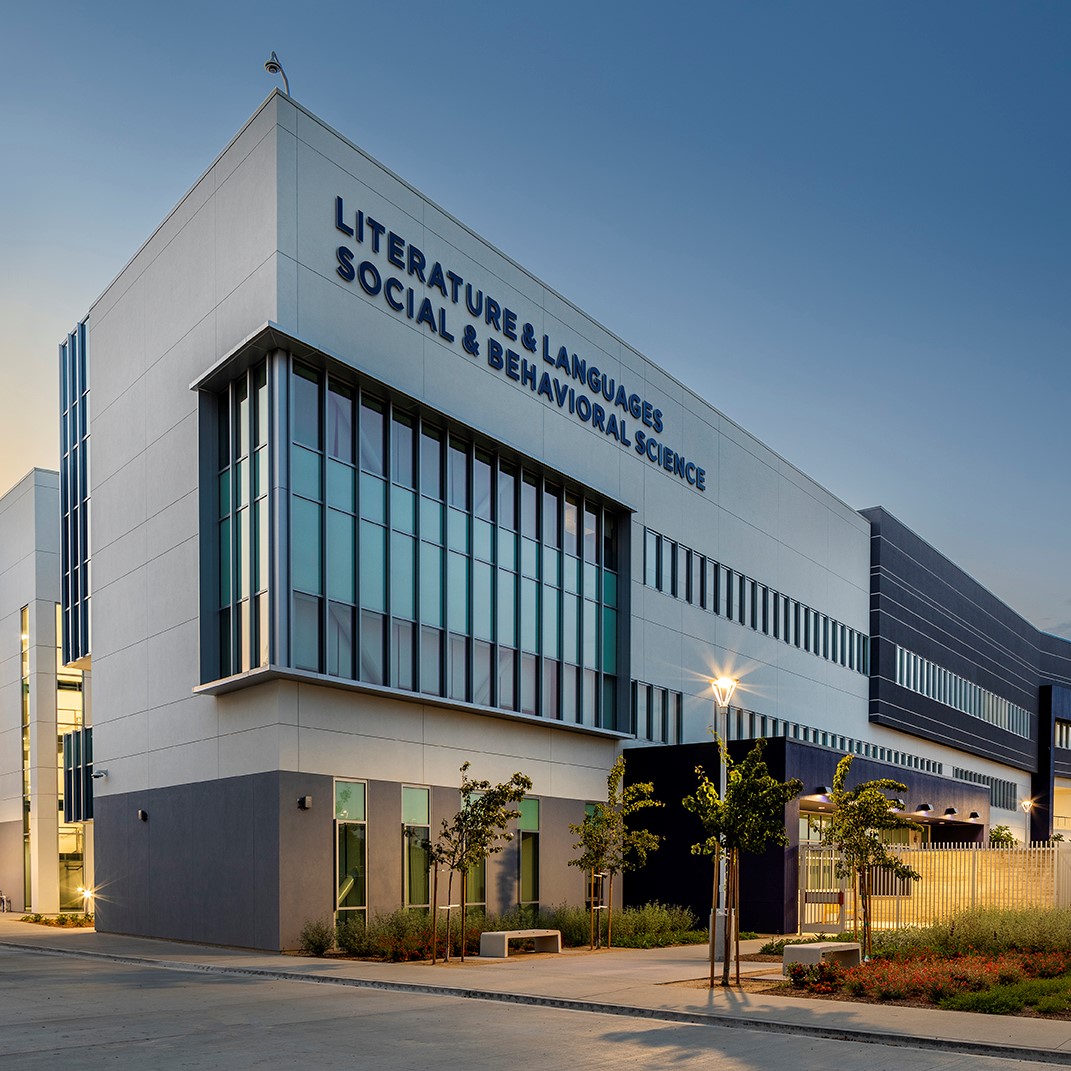 Part of a larger initiative to modernize the campus and accommodate growth over the past decade, the Language Arts and Social Science Building includes new indoor labs for the psychology, economics, English, world languages and communications departments, and indoor/outdoor laboratories for the geography and anthropology departments, as well as storage spaces. The second floor comprises classrooms and connects to the existing adjacent Mathematics Business and Computer Center Building through a new skyway bridge. The third floor is home to additional classrooms, faculty offices and administrative offices.

“With many of its original buildings dating back to the 1950s, Orange Coast College sought ground-up construction of a modern, tech-enabled facility that would bring faculty and students together from similar departments under one roof,” said Dave Amundson, project executive at C.W. Driver Companies. “The Language Arts & Social Science Building will serve nearly 25% of the campus enrollment, fostering a centralized community of learning while being adaptable to education needs for many years to come.”

The building replaces the 60-year-old social sciences classrooms and 50-year-old literature and languages building, which were inefficient and largely in disrepair. Additional features include essential modern elements such as two elevators, a lactation room and gender-neutral restrooms on every floor. Funding was provided 50/50 by California State Proposition 51 and by Measure M, a $698 million general obligation bond provided and supported by the local community to modernize education facilities for all universities within the Coast Community College District.

“Every hour the C.W. Driver Cos. team was on our campus, they worked with us as true partners and advocates, delivering solutions that ensured the project met financial and timeline objectives,” said Rich Pagel, vice president of administrative services at Orange Coast College. “Their expert team built OCC a state-of-the-art facility that will serve as a premier interdisciplinary learning hub for residents of Orange County and beyond.”