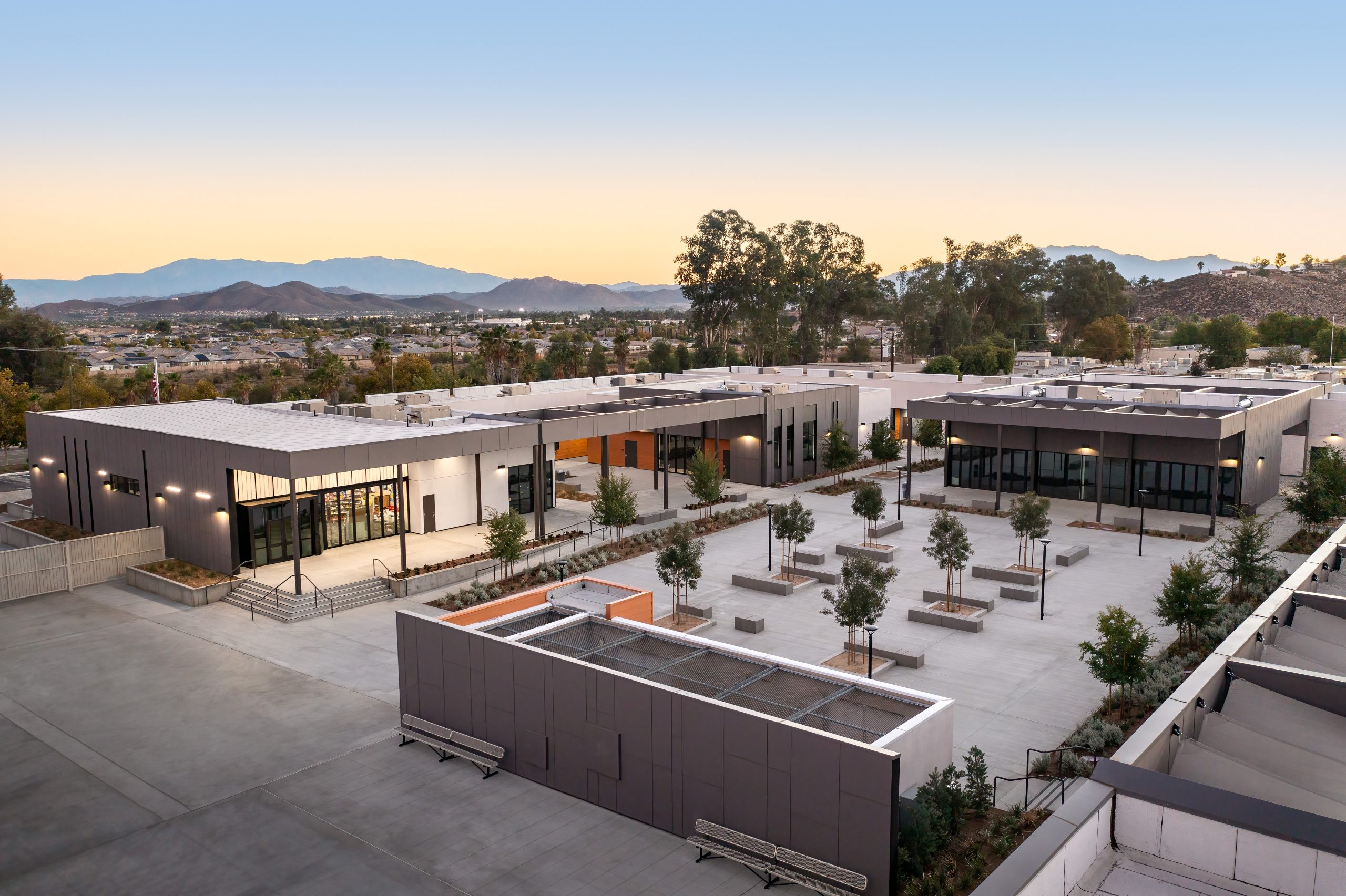 C.W. Driver Companies, a premier builder serving   California since 1919, today announced the completion of a reconstruction project for Menifee Valley Middle School. The $38 million, 71,277-square-foot project transitioned the campus to a magnet school focused on visual and performing arts. The renovation incorporates critical aspects of an art-focused middle school, the addition of two new classroom buildings, restorations to the Visual and Performing Arts Center, construction of an open-concept library and repairs to existing locker rooms.

Located in Riverside County, roughly 15 miles north of Temecula, the project consisted of the reconstruction of temporary portables into new, permanent classrooms and lab spaces that create a centralized academic courtyard and cohesive community. To support Menifee Valley Middle School’s transition to becoming a visual and performing arts magnet school, a new music and choir space, as well as a renovated stage in the Visual and Performing Arts Center, were added. The campus introduces outdoor learning areas as well as active learning spaces optimized for use in the arts, music and sciences known as Flex Labs.

“By leveraging decades of K-12 construction experience, we were proud to deliver a cutting-edge campus that will serve the growing Menifee community both now and well into the future,” said Eric Metzger, project manager at C.W. Driver Companies. “The tactful modernization of Menifee Valley Middle School allows for the space to adapt as educational and enrollment needs evolve over time.”

“We carefully considered and incorporated input from our school community during the planning and construction phases of the reconstruction,” said Dr. Jennifer Root, superintendent at Menifee Union School District. “The result is a beautiful, collective effort from which we will teach and encourage students to live out the district’s vision of ‘Engaging Young Minds for Limitless Futures’ for years to come.”

Menifee Valley Middle School is conveniently located minutes from the 15 freeway and just five miles from Interstate 215, providing easy access for parents commuting to and from work and proximity to the local Paloma Valley Community Library.