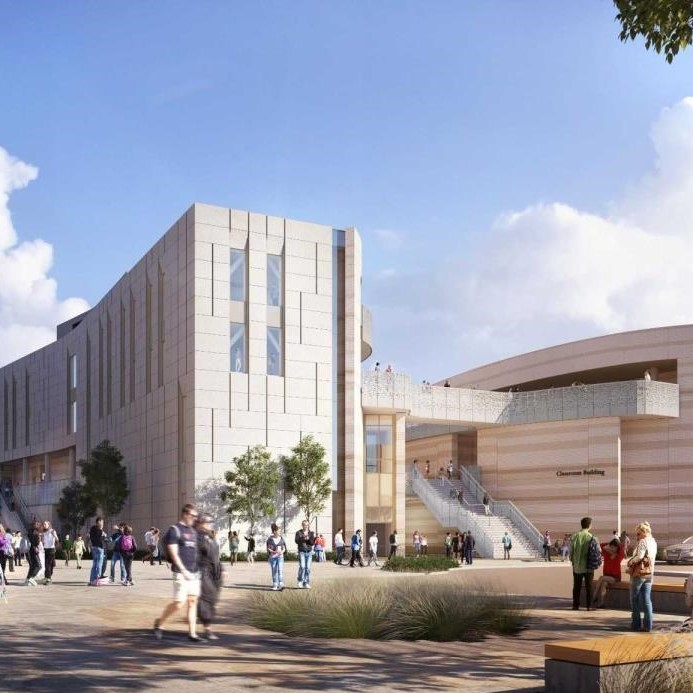 C.W. Driver Companies, a premier builder that celebrated its 100-year anniversary in 2019, today broke ground on the construction of a new four-story classroom building at the University of California, Santa Barbara (UCSB). The $78 million, 95,000-square-foot project includes approximately 2,000 seats of classroom space, which will house a variety of lecture halls, project-based learning spaces and flexible discussion rooms to encourage academic growth for the university’s students. The project is expected to complete in Winter 2022.

The building will be comprised of 32 classrooms and lecture halls, each seating between 30 and 350 students. Other key additions include 1,700 bicycle parking spaces, as well as a vibrant new “street” corridor that connects major access points to the new building, encourages interactions among students and faculty and creates areas for informal gatherings. These spaces will be exposed to sun and daylight throughout most the day, ensuring thermal comfort for most of the year. Views from upper-level classrooms along the central street space will connect building occupants to UCSB’s Pardall Mall to the west, UCSB’s Library Mall to the north and the ocean to the south.

“We were charged with creating a new classroom building that will be a major hub of educational activity within the campus core,” said Tom Jones, project executive at C.W. Driver Companies. “Leveraging our expertise in higher education, we recognize the need to create a dynamic environment that not only emphasizes academic inquiry for students, but also fosters interpersonal connections that inspire scholarly ambition, creativity and discoveries with a wide-ranging impact.”

Designed by LMN Architects, the new building is intended to be a microcosm of the societal and natural conditions around the site. The architecture and material palette take advantage of the Southern Californian climate and echo the geological conditions of the nearby seaside cliffs. The project is designed to achieve LEED® Gold certification or higher.

“As our university rapidly expands, exceeding our existing classroom capacity, there is a strong need for the new 95,000-square-foot classroom building,” said Liana Khammash, project manager for UC Santa Barbara. “This new building will seamlessly integrate into the surrounding public spaces, which have been conceived as extensions of life on campus.”

UCSB is a public research university and one of the ten campuses of the University of California system. Tracing its roots back to 1891 as an independent teachers’ college, UCSB joined the University of California system in 1944, and is the third-oldest undergraduate campus in the system. The university is a leading research institution that also provides a comprehensive liberal arts learning experience, organized into five colleges and schools offering 87 undergraduate degrees and 55 graduate degrees to over 26,000 students.